Human-Relevant Test Methods Can Improve Drug Development.
It’s Time to Use Them.

There’s been a long-simmering debate about alternatives to animal testing one day replacing the use of dogs, primates, rodents, and other animals conscripted into testing and experimentation.

The Center for a Humane Economy is now working with biotech and pharma companies to promote this transition to more humane and human-based science.

The history of animal testing, especially when it comes to drug development, reveals that animal testing is not predictive of the human response to drugs.

That’s why it’s so important for Congress to hit the reset button when it comes to our drug approval paradigm.  The FDA Modernization Act, H.R. 2565 and S. 2952, will eliminate an animal-testing made for new drugs built into statute. If Congress enacts the measure, it will broaden the scope of tools that drug developers can employ to test drugs for safety and efficacy.

But what are those tools and are they available now?  Here’s a short survey of the 21st technology that can revolutionize science and promote life-saving medicines across species lines. 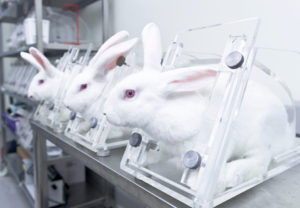 The Center is excited to work with pharmaceutical companies to usher in these methods and this new legal and regulatory framework. But as with everything, change requires human agency. We need you to be involved to demand that business and government do better when it comes to developing lifesaving and life-enhancing drugs and also to reduce the numbers of animals conscripted into painful and lethal service. Contact your legislators today to make your voice heard

Tamara Drake is the director of research and regulatory affairs for the Center for a Humane Economy.

Rethinking Mink: The Sutlers Who Enable Mink Farming Must Be Shamed (Part I)

Will Walmart abide by Prop 12?